Heading Off Soccer Injuries and Concussion in Female Players
If you are the parent of a young female athlete, you naturally worry about the injuries your daughter could suffer during her sports play.

If you are a soccer parent, you might focus on such things as a bruised leg from a misguided kick, a twisted knee, maybe even a dreaded ankle sprain―and with good reason.

Lower extremity injuries are the most common among female soccer players. But, there is one more that is gaining attention in the sport. Head injuries. 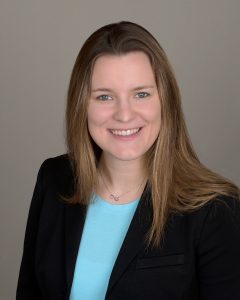 “The most common injuries I see are ankle sprains, muscle strains, contusions (bruises), and concussions. It is important to follow up with a sports medicine physician when an injury occurs so we can not only treat the current injury, but help prevent future ones as well.”

“I end up treating many female soccer players for recurrent ankle sprains. They have a sprain and don’t see a doctor, and end up having two or three sprains in a short timeframe. If they came in after the first injury, we would talk about bracing, at-home physical therapy, and other injury prevention strategies. My goal is to not just get our athletes safely back onto the field, but to avoid further harm,” Kester adds.

With regard to muscle strains, the doctor notes that such injuries often take much longer to heal than parents and athletes expect, and the conventional notion of “stretching it” can actually be harmful. Even seemingly minor strains can put young athletes at further risk of injury if they return to the field too soon. Kester uses the example of seeing many female soccer players several weeks or months after a strain only when they are unable to fully return to the sport, or worse, have chronic pain or issues related to their original injury.

What happens above the neck

In the world of youth sports, football has traditionally been associated with the highest concussion rates, but research from the American Academy of Orthopaedic Surgeons has found that high school girls who play soccer may face a higher risk. The reason being: soccer is rather unique in its purposeful use of the unprotected head for controlling and advancing the ball.

The researchers suggested that girls face a greater risk of concussions and other injuries in soccer due to a lack of the use of protective gear, an emphasis on in-game contact, and the practice of “heading” or hitting the ball with the head. It is also believed that females have smaller necks than males so their heads may move differently during the sport, perhaps shaking and damaging the brain in different ways.

“A head injury in soccer can be a result of contact of the head with another player’s head or other body part, the ground, a goal post, or even the ball. Impacts from heading the ball can lead to deep bruises, fractures, eye injuries*, and concussions,” Kester explains.

A study reported in the Journal of the American Medical Association provides additional evidence that heading the ball can cause injury to the brain. The 2015 study found that heading the ball accounted for 25 percent of concussions in female high school soccer players. Other causes include kicks to the head, being slammed to the ground, and whiplash from the fast-paced sport. 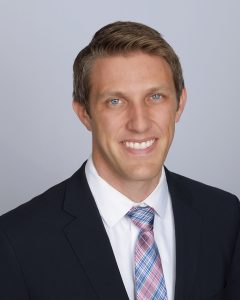 Kester’s colleague Andrew Parker, M.D., an orthopedic surgeon and sports medicine specialist on the medical staff at Texas Health Allen and Allen Orthopedics and Sports Medicine, a Texas Health Physicians Group practice, has spent a good deal of time on the sideline as a team physician and stresses the importance of identifying risk factors for sports injuries early to help prevent them before they happen.

“The evidence shows that appropriate training—including stretching, strengthening, balance, and technique―absolutely reduces the risk of serious knee injuries in female athletes,” Parker says. “Many studies have shown a 50 to 75 percent reduction with only five to ten minutes of focused training per practice. However, it’s something that needs acceptance from the parents, coaches, and athletic trainers, as well as the athletes themselves. It doesn’t work if everyone doesn’t commit to it.”

“Soccer can provide a valuable component of fitness and physical activity strategies for young females. We aim to work collaboratively with everyone involved with the team to promote knee-injury risk reduction and head-injury risk reduction through awareness and other means. For instance, ACL tears are often associated with football, but they’re actually more common in girls’ soccer and girls’ basketball. It’s the same story with concussions. We strive to educate all parties about how to train appropriately and play with the correct technique and better use of protective gear to avoid injuries, so we can work toward never seeing another young female athlete in our office,” Parker adds.