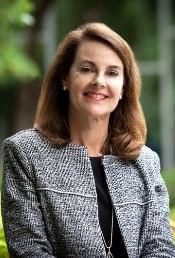 These leaders will join Shannon Fisher, vice president of Foundation and Fund Development, who is currently responsible for the Greater Dallas fundraising strategy and Community Impact.

Janine M. Kraus, Ph.D., will serve as vice president of Foundation and Fund Development in Greater Fort Worth. Janine comes to Texas Health from Texas Christian University where she served as the assistant vice chancellor for Loyalty Giving for 14 years. In her role, she was responsible for strategy and vision to increase donor giving for the largest philanthropic base of support. She served on the leadership campaign planning team for the $1 billion comprehensive campaign for the university. Furthermore, she chaired the engagement committee and led her division on the Diversity, Equality and Inclusion University Committee.

Sarah Humphrey will serve as vice president of Foundation and Fund Development in the North Region, which will include Collin and Denton counties. Humphrey comes to Texas Health from Communities Foundation of Texas where she served as the director of Charitable Giving, Collin County for six years. She was responsible for developing strategy and leading the foundation’s work in the growing communities of Collin county and North Texas. She managed the staff and office in Collin county and served as a community builder, developing prospects into donors to establish and increase gifts to the foundation. Previously, she served for five years as the director of Major and Planned Gifts for Saint Luke’s Health System Foundation.

Texas Health Resources is a faith-based, nonprofit health system that cares for more patients in North Texas than any other provider. With a service area that consists of 16 counties and more than 7 million people, the system is committed to providing quality, coordinated care through its Texas Health Physicians Group and 28 hospital locations under the banners of Texas Health Presbyterian, Texas Health Arlington Memorial, Texas Health Harris Methodist and Texas Health Huguley. Texas Health access points and services, ranging from acute care hospitals and trauma centers to outpatient facilities and home health and preventive services, provide the full continuum of care for all stages of life. The system has more than 4,000 licensed hospital beds, 6,200 physicians with active staff privileges and more than 23,000 employees. For more information about Texas Health, call 1-877-THR-WELL, or visit www.TexasHealth.org.