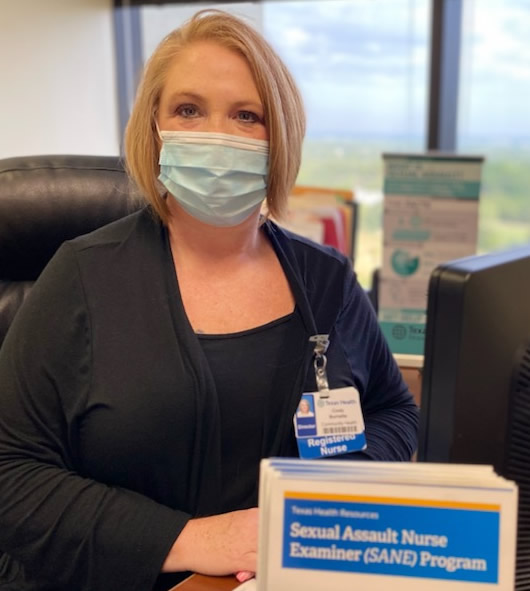 “Despite those alarming numbers, sexual violence is still underreported,” Burnette said. “That’s why [Texas Health] focuses on prevention. Our goal is to prevent it from happening in the first place.”

“The new agreement also allows us to provide pertinent statistics to TCC’s administration,” Burnette said. “With pre and post content surveys, the detailed data shows the knowledge base of all students, before and after course completion.”

Data helps TCC demonstrate its campus initiatives are enhancing and empowering students’ sexual assault awareness, which is a major component of the 2013 Campus Sexual Violence Elimination Act, or Campus SaVE Act — a national law that protects students from sexual violence and harassment. Students also are required to get sexual violence prevention education.

“With 13 percent of all college students subjected to some form of sexual violence during their college experience, it’s imperative for the entire community to be informed and empowered to combat sexual violence,” she said. More than 50 percent of campus sexual assault incidents occur between mid-August and Thanksgiving break — a time period called the Red Zone.

“Younger students are in a campus setting for the first time away from home. When it comes to sexual violence and consent, many either have limited knowledge or none at all,” Burnette said.

“We know that sexual assaults are happening across the nation on college campuses, and unfortunately some are being ignored and swept under the rug.”

Burnette explained that assaults sometimes go unreported because students don’t want their parents to know. “Sometimes there’s alcohol involved, but that doesn’t mean the victim wasn’t assaulted just because he or she couldn’t verbally consent. That’s still a sexual assault, and it’s important to know what you can do if you are in that situation.”

When COVID hit, they implemented virtual learning instead.

“Not only are the workshops beneficial for students, faculty and staff within our role at the college, this information benefits all of us as parents, guardians or caregivers and overall members of the community,” she said.

The state of Texas spends more than $8 billion each year addressing sexual assault and sexual violence. “That large sum pays for medical treatment, counseling, a victim’s lost wages and more,” Burnette said. “Texas Health’s SANE program is committed to addressing the issues of sexual violence before it happens, on the TCC campus and throughout North Texas.”

“In the long run, we want to make our communities healthier and safer,” Burnette said. “When we’re able to educate, empower and increase the emotional health of the community, a lesser amount of our services will be needed. That’s a collective goal worth striving to achieve, and I think we’re on the right path.”

Follow this link to learn more about the Texas Health SANE programs.