The city’s well-being score would have placed it at 185th out of 190 in rankings of large metro areas, as measured by the Gallup National Health and Well-Being Index.

That same year, the Fort Worth Blue Zones Project was launched with Texas Health as its primary sponsor. Based on research by National Geographic Explorer Dan Buettner into locations of the world where people live longer, the initiative is designed to make healthy choices easier through changes to the physical environment, policy and social networks.

The investment has yielded incredible results. By 2018, Fort Worth’s well-being score had risen to the low 30s in ranking of large metro areas.

And while there were concerns the pandemic would negatively impact the city’s well-being, recent preliminary Gallup data based on surveys conducted in August shows relatively no change since 2018, solidifying just how far Fort Worth has come since 2014 and indicating that the city is maintaining its progress.

Since 2014, Fort Worth has seen improvement in produce consumption, time spent exercising and the number of people walking or biking for routine trips. The self-report surveys also have shown a decline in smoking rates, high blood pressure and high cholesterol.

Working together and learning from one another, we will continue supporting health and well-being efforts across North Texas. 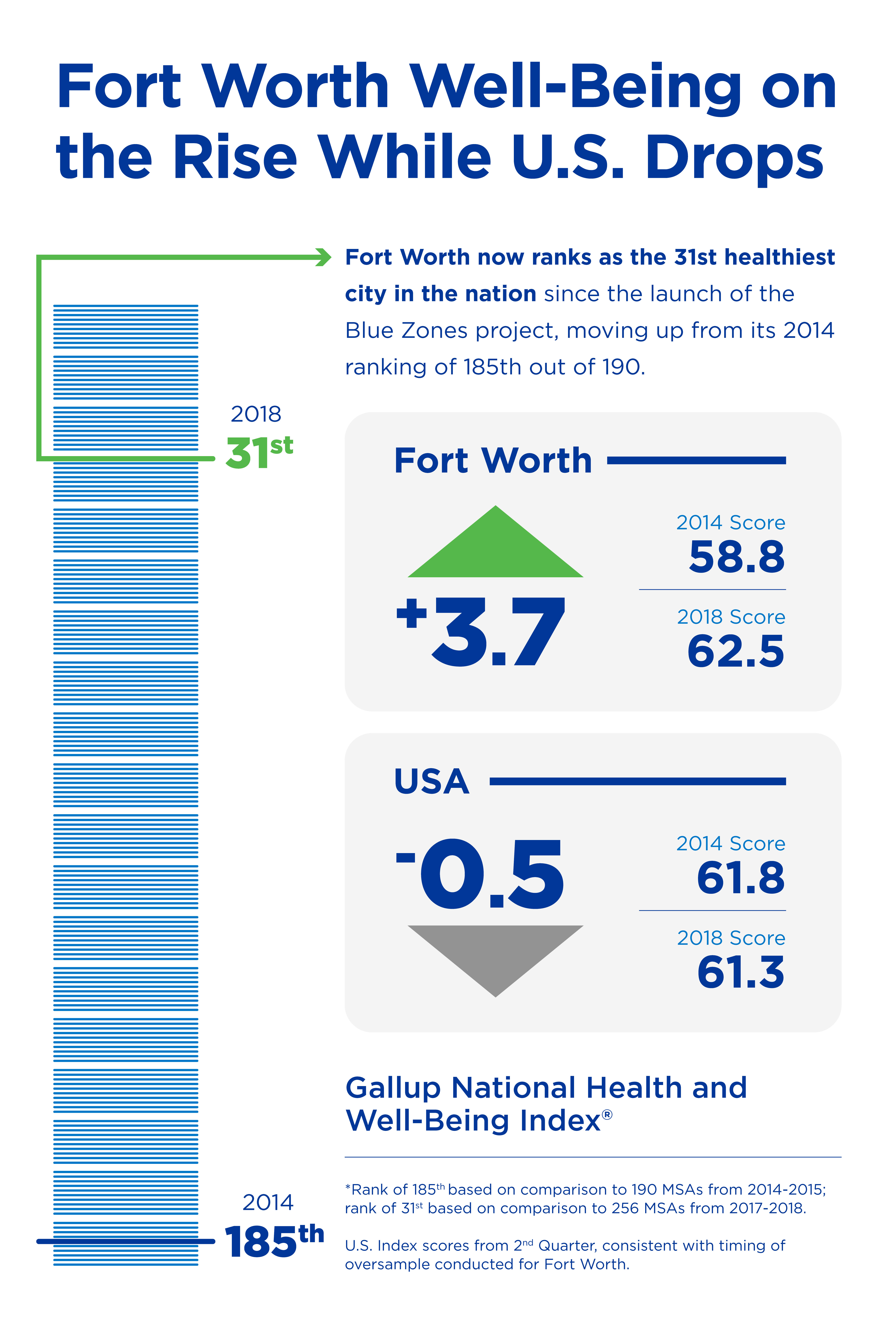