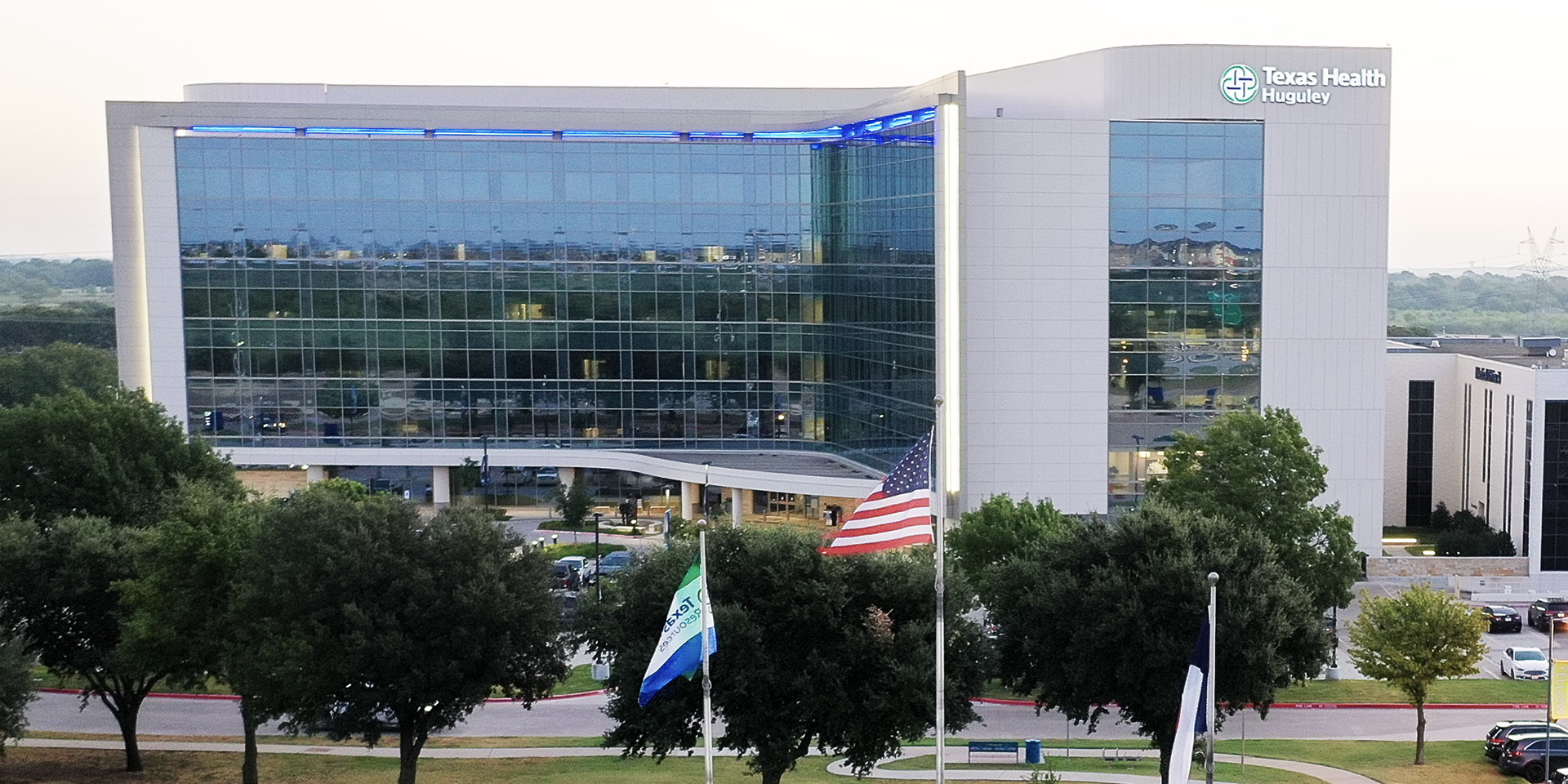 Texas Health Huguley Hospital Fort Worth South is a joint venture between Texas Health Resources and AdventHealth. Texas Health holds majority ownership share and AdventHealth manages operations of the hospital. Serving the communities of southern Tarrant and Johnson Counties since 1977, the hospital offers advanced services and certified by The Joint Commission in chest pain and as a Primary Stroke Center. The hospital is recognized as a Level IV Trauma Center by the Texas Department of State Health Services and an Emergency Center of Excellence. The hospital has consistently earned the Leapfrog Grade A recognition for patient safety 15 times in a row.

Free parking is available for all patients and visitors in the lots surrounding Texas Health Huguley. Complimentary valet parking is offered Monday – Friday, 6:30 a.m. – 5 p.m., at the main hospital entrance.

General visiting hours are from 9 a.m. – 9 p.m. Specialty units may have some variation. Please check with your nurse regarding specific unit visiting hours and quiet time guidelines, or if you have any special needs or requests.

The chapel is located in the main hospital lobby and it is open 24/7.