Mark Feldman, M.D., M.A.C.P., longtime chair of the Department of Internal Medicine at Texas Health Presbyterian Hospital Dallas and director of the hospital’s Internal Medicine Residency Program, is retiring after 20 years on the hospital’s medical staff. Dr. Feldman is renowned among both residents and longtime physicians, in addition to receiving academic accolades and a reputation as one of the nation’s leading gastroenterologists.

“His leadership and medical expertise have touched every corner of this institution,” said Jim Parobek, hospital president. “There’s no way to adequately describe the role he’s played here. We’re happy for him, but he will be sorely missed.”

We are honoring Dr. Feldman for his years of service with the Mark Feldman, M.D., Internal Medicine Fund. Donations will support the medical education and teaching programs of the Internal Medicine Residency Program including research in this area at Texas Health Dallas.

Since the late 1970s, the faculty members and staff have worked together to develop a rich and diverse internal medicine residency curriculum. The curriculum provides a broad spectrum of learning yet allows the resident to build upon this fundamental core of knowledge and pursue either a subspecialty track, a primary care track, or a hospitalist track. The primary goal of the residency program is to develop residents into highly skilled, thoughtful, competent and compassionate physicians. Texas Health Dallas’ large and diverse patient population provides the residents with ample exposure to both common and rare diseases.

“It’s sad to see Dr. Feldman leave, but his legacy will live on through the next generation of physicians he’s helped train and through his commitment to excellence and leadership of numerous services here,” said Aurora Estevez, M.D., chief medical officer at Texas Health Dallas.

You can join us in honoring Dr. Feldman with a lasting gift in his name at Texas Health. To make a gift to the Mark Feldman, M.D., Internal Medicine Fund, use the donation link below and designate your gift for the “Feldman Internal Medicine Fund.” If you would like to discuss a gift in greater detail or set up a pledge, please contact Vickie Ramsey at 214-679-3044.

I Want to Honor Dr. Feldman

If you would like to make a pledge, please download and complete the form below and email to Vickie Ramsey.

Dr. Mark Feldman holds the William O. Tschumy Chair of the Department of Internal Medicine at Texas Health Presbyterian Hospital Dallas and is the program director of the hospital’s Internal Medicine Residency Program. He is also medical director of research at Texas Health Dallas and a clinical professor of internal medicine at UT Southwestern Medical Center, Dallas. 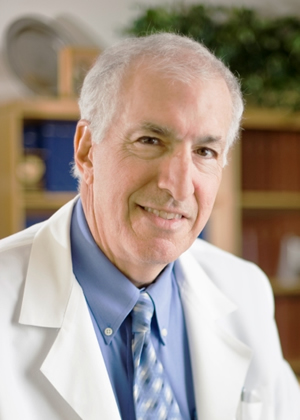 An author of more than 175 peer-reviewed research articles and more than 50 book chapters on a range of medical topics, Dr. Feldman is an editor of Gastrointestinal and Liver Disease, widely considered the world’s preeminent work on digestive diseases. The book was recently named the world’s top gastroenterology textbook by the British Medical Association. Over the years, his research has appeared in science’s leading medical journals, including the Journal of Clinical Investigation, the New England Journal of Medicine, the Journal of American Medical Association, and a wide variety of gastroenterology journals including the American Journal of Gastroenterology.

In 2008, Dr. Feldman was also awarded Mastership in the American College of Physicians, one of the highest honors bestowed on physicians in the United States. Earlier in his career, he received the coveted Young Distinguished Scientist Award from the American Federation for Clinical Research and received the prestigious C.A. Ewald Prize, presented by the German Society for Digestive and Metabolic Disease.

In 1997, he was presented with the Distinguished Alumnus Award by the Temple University School of Medicine. Dr. Feldman was named by the American College of Physicians as Texas Chapter Laureate for 2012.

Dr. Feldman and his wife, Barbara, have been married for more than 50 years and they have three children: Daniel, Elizabeth and Matthew.