Pregnancy Nutrition: What To Eat When Carrying Twins
Amber Massey, a registered dietitian at Texas Health Plano, shared her personal experience about nutrition while carrying twins. She shares facts and tips about pregnancy nutrition along with some sample meal plans.

Even as a dietitian what to eat while pregnant with twins was a serious struggle–I was trying to keep a balance of what I was supposed to provide my body and the two babies inside of it and what I actually wanted to eat. 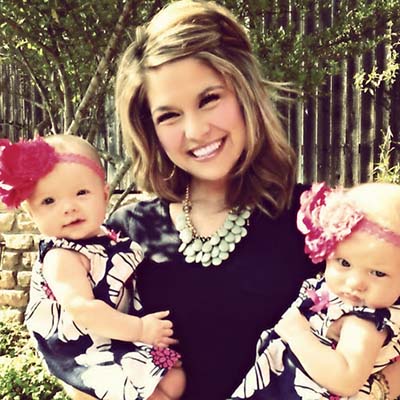 Carrying twins I knew I needed more calories than I would in a normal pregnancy. The daily recommended caloric intake for normal-BMI women pregnant with twins is 40-45 kcal/kg- which meant I needed anywhere between 2,200-2,500 calories per day.  For the most part I was able to hit this goal every day, but it was definitely easier said than done towards the end of my second trimester.  I focused on small meals often throughout my day.

This is what meals and snacks on a typical day during my first and early part of my second trimester looked like:

SNACK 3:30 p.m.: Two  slices of whole wheat toast with peanut butter and a small sliced banana, OR graham crackers and peanut butter, OR a bowl of whole grain cereal with organic milk.

DINNER 6 p.m.-7 p.m.: Varied, but most often it was a grilled or baked meat, veggies and a carbohydrate (potatoes, whole wheat pasta, brown rice).

SNACK 9 p.m.-10 p.m.: Dry whole grain cereal, which helped with regularity and offset hunger in the middle of the night. 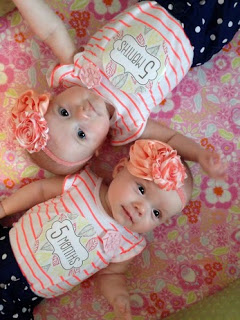 I had an aversion to chicken and craved seafood, so often my protein in the evening was plant based or shrimp, fish or beef.  We eat meatless meals a couple of times per week in our house so a homemade bean burger was also common.  I love to cook and was thankful at that point to still have some energy to make a dinner meal. During the middle of my second trimester I found that I couldn’t eat much at all before I felt miserably full, so I started limiting my intake of fluid during meals or else I couldn’t finish the already small portion of food I was consuming. The main issue I had was getting enough protein in my diet.

Protein is one of the building blocks of development and tissue production, so I wanted to make sure I was getting enough to grow my beautiful babies!  While carrying twins you need 175-200 grams of protein per day. After a brief evaluation of my diet, I decided that there was no way I was getting that on a daily basis. Although protein from food sources is best, I knew I had to do something extra to get all I needed.  I bought a whey protein supplement and mixed it into plain Greek yogurt. One plain Greek yogurt has around 15 grams of protein and one scoop of the protein powder I use has 25 grams of protein.  When choosing a protein supplement, look for one that is low in saturated fat and has limited artificial sweeteners.

At 24 weeks, I had to go on strict bed rest. Not being nearly as active as I had been, I found that I was hardly hungry at all.  Meals became anything that was easy enough for my husband to prepare and sounded especially good at the moment. Even from bed rest though, my dietitian brain was always at work and I began to make serious effort in planning my ‘meals’ and snacks out.  I realized that I could no longer eat foods that were too filling and didn’t provide enough calories or protein (I was stuffed after about 3 bites of pasta). This is when I learned to make every bite count.

BREAKFAST 9 a.m.: Decaf coffee with cream plus two pieces of sprouted grain toast with peanut butter and a sliced banana.

SNACK 10 a.m.: One cup of low fat cottage cheese with one cup of mandarin oranges or pineapple.

LUNCH 12 p.m.-1 p.m.: Six ounces of lean protein on whole wheat pita bread with about a tablespoon of basil pesto and olive oil mayo, lettuce, tomato, and onion, and veggie chips or fruit.

Protein Fruit Bowl: One chopped apple, one sliced banana, one chopped plum or 15 grapes, five chopped strawberries mixed with six ounces of plain Greek yogurt and one and a half scoops of protein powder.

DINNER 6 p.m.-7 p.m.: Varied, but most often a grilled meat and a vegetable OR Protein Fruit Bowl made with two scoops of protein powder.

SNACK 9 p.m.-10 p.m.: Six ounces Greek yogurt with one scoop of protein powder and a small bowl of dry cereal.

My husband took over cooking while I was on bed rest so dinner was always some kind of grilled meat and a veggie.  I really couldn’t eat a whole lot of carbohydrates in the evening or I wouldn’t be able to get in the protein like I needed to.  I found that my peanut butter and banana toast would fill me up all day and into the evening if I wasn’t careful! The protein powder and yogurt before bed was a treat for me.  Almost like eating ice cream, a healthier version of the stuff, but still with the calories but  lower saturated fat, and higher in protein.

In the end, I carried my babies to term (37 weeks and 1 day) and they came home with me from the hospital without issues.

Maintaining good nutrition throughout my pregnancy paid off and made a difference in my well-being.  While literally eating for two isn’t necessarily the best mindset when pregnant (pregnant women only need an additional 300-400 calories per day in their second and third trimester) I think keeping a balance of  good nutrition goes a long way when providing for not only baby, but for Momma as well!